Where Has All the Money Gone? 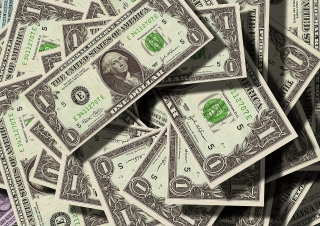 I picked the Justice Department settlements to research because of the staggering sum. I learned that in all three cases the sums were retained by the Justice department or the states' attorneys general. The Justice Department's budget for fiscal year 2014 was $27B. The Department collected $24B and with a $3B shortfall US Attorney Holder declared victory that the justice department was almost self-sustaining, not that justice was done or that a precedent was established that would deter future bad acts.

Another curiosity is that none of the paying parties, whether they were banks, lawyers or brokers admitted any wrong doing, or that any of them have had their various licenses revoked. They all have the option of staying in the business that had them violate the law. So all of these fines have now become a "cost of doing business." That cost of doing business is undoubtedly passed on to the consumer, and a cause to ask the question: is it really a deterrent? From a different perspective, is there any justice being done or is it like the photo radar vans yet another revenue generator? Why have a justice department? Why not assign the task to the SEC or another regulatory body and let them enforce the law, collect the fines and reduce the 9,000 lawyers currently employed by Justice.

In Colorado what has the Attorney General done with the $3.4m collected from the 3 law firms whose abuse of the foreclosure system gave rise to these fines? More importantly why are these lawyers still practicing law? I suspect photo radar vans are here to stay and fine collecting attorneys general will continue to balance their budgets having lost sight of doing some form of justice.

What are your thoughts?