Is There A Way? Development Versus Impact 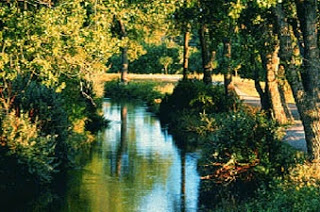 In one of my very first articles, I talked about the "need to make a difference" as a strong motivator to stay engaged in the practice of law. In the last article, I mentioned my local governmental committee work and hinted at the battle between a developer's special interest and protecting the community assets of the High Line Canal Trail and open space. The developer has now presented to both the Parks and Trails Committee and the Planning and Zoning Committee. One committee has recommended in favor and the other recommended against.

I have taken up the battle against a part of the development that puts a vehicular bridge carrying construction and local traffic in the way of a trail over which 100,000 people per year hike. There are alternatives but other neighbors object to increased traffic, or the developer objects to the increased costs. I am deeply involved and will continue the good fight.

That being said, it is interesting to compare our local neighborhood fight to what is going on in Washington. Polarization seems to prevail over compromise. So in our local case, you are either in favor of the development or against it. One of my neighbors said it well when she said, while she would prefer the open space, she understands the rights of a landowner to develop a piece of land in a way that does not harm others.

Is there a centrist or compromise position that allows development but minimizes harm? I tend to be a centrist. The Centrist position seems to repel many on the hard left or right but I think common sense should prevail over ideological positions. I tend to think the commonwealth should prevail over special interest. So ... I will continue the good fight that will hopefully result in a solution that benefits all. What are your thoughts on this topic? I truly am soliciting your feedback on this one so email me and let me know where you stand.

I look forward to hearing from you.